This house has the typical features of the regional pattern. Has a solar and porch, since corn production made it necessary to have a place in which dry the corn. Has an open attic in the roof, a typical reformation from 19th century. The manor of Cabello also has two arches on its porch access and the coat of arms of Ceballos in the facade. 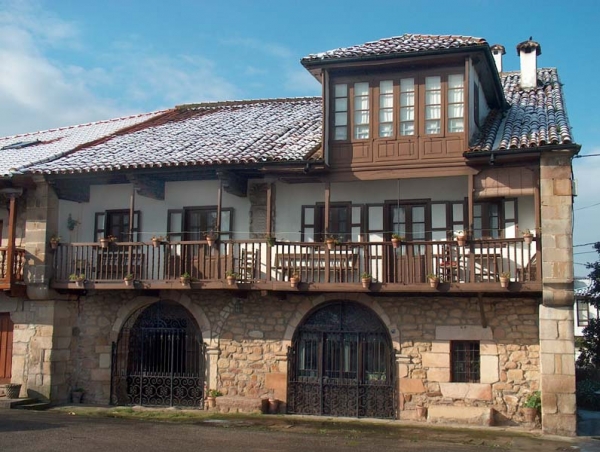