The Collegiated church of Castañeda is considered as the jewel of regional Romanesque. In its origins, the building had a Latin cross plan with three apses, but in 13th c. a lateral nave was added and then a chapel in 17th c. One century later, the right nave was destroyed with its apse, where a Neo-Classic chapel and a sacristy had been added.

It presents a strong lantern with two towers next to one of the transept naves. The rounded entrance is adorned by eight archivolts supported by spires with serpents heads and monster figures.

In the interior, the main nave is covered by a half barrelled vault, divided in three parts with arches supported by columns. The transept is formed by four arches that give a square structure upon which rests the dome.

Are to be pointed out the sculture works from 14th and 15th centuries, the tomb of Munio González, abbot of Castañeda, the Gothic calvary of the central apse and the Gothic images of Our Lady of El Rosario and the Virgin of La Manzana. 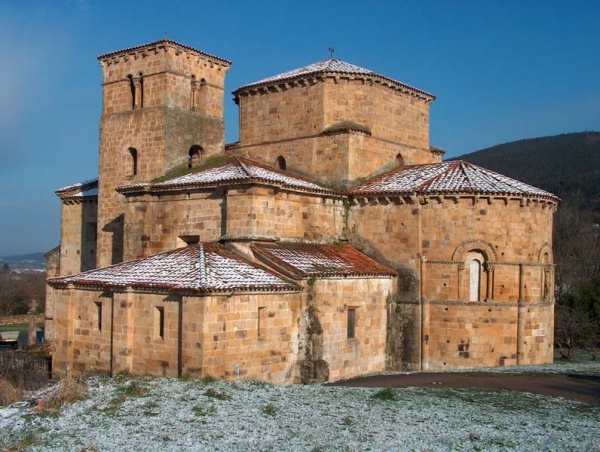