The Palace of Miranda was inhabited in the beginning of 17th century by Pedro de Hernando Miranda, who had authority over the valleys . At that time it was built as a terraced house with a three storey tower, one of the few that can still be seen in the Pisueña valley. Although now it is part of the of the Pino de Pénagos district, it was formally the center of an old council.

The tower with classic elements was built on the first third of the 18th century. note the division between floors with a line of fascias and slipped spans, as well as pyramid finishes. The big emblem in the front shows the coats of arms of Agüero and Miranda, repeated on a second emblem in the lateral wall. Other similar towers form the central core of the Palaces of Soñanes or Donadío, in Villacarriedo and Selaya respectively, Torrevieja in Santa María de Cayón or the house-tower of Sáez de Miera in Selaya. 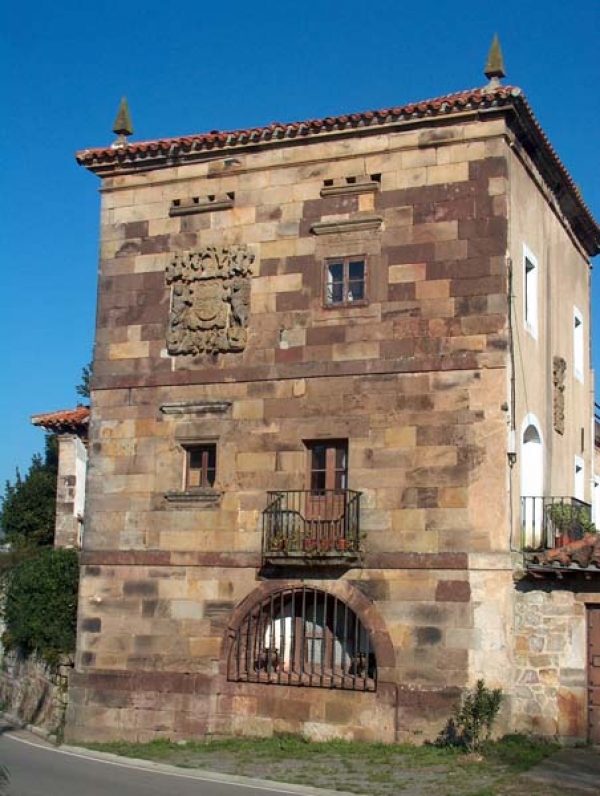