The shrine of San Vicente is the only remain of what was the monastery of San Vicente de Fístoles, from 9th century. This was one of the primitive religious activities centers, colonizers of the Pisueña valley in early Medieval ages. The name of Esles comes from this monastery. It was built in 811 and soon after received a wide territory from the king. In 821, it increased its domains from the Cantabrian coast to the mountain ranges.

The shrine that we see today was built in 16th c. between Esles and Lloreda and has one nave and a rectangular apse. Its exterior is enhanced by a beautiful belfry. The building has popular features, with a simple style and scarce decorations. In its interior is a Baroque altarpiece of classicist style from 17th century. 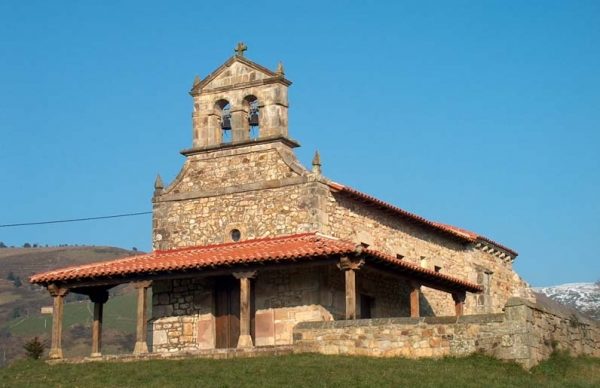