The church of San Jorge was built between 1585 and 1589, as engraved on its interior. It is built on an old pre-Roman construction, in which they already venerated San Jorge. It is a rectangular building, formed by three naves, with four vaulted stages on each of them. It has a polygonal apse, a trait very representative of Gothic style, that can be seen on the buildings. It is finished by a strong, square four-storey tower built in mid 17th century and surrounded by a wall on which there is a stone way of the cross.

In its interior the main wooden altarpiece, from 1687, with polygonal structure, adapted to the apse, and a height of more than seven metres stands out. It has the image of San Jorge on its center.

It is of Good Cultural Interest since 1991. 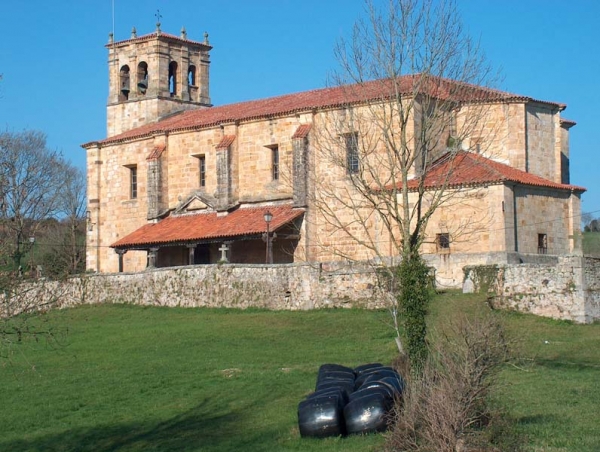