The Parochial church of San Miguel was built in 17th c. on the remains of an older temple of which only the tower and one of the chapels are preserved. Due to its many modifications, today its features belong to a reconstruction from 1948 following a Neo-Roman aesthetic, with rectangular floor, three naves and semicircular apse. The transept is crowned by a dome on horns, with the style of San Martín de Frómista, Santillana del Mar or Castañeda.

The facade features a cover with archivolts over the gable flanked by semicircular towers.

The interior decoration focuses on the apse, with a sculptural frieze of the apostolate, and on the adorned the pillars. It  has  a remarkable stone Christ by the great Cantabrian sculptor Jesús Otero. 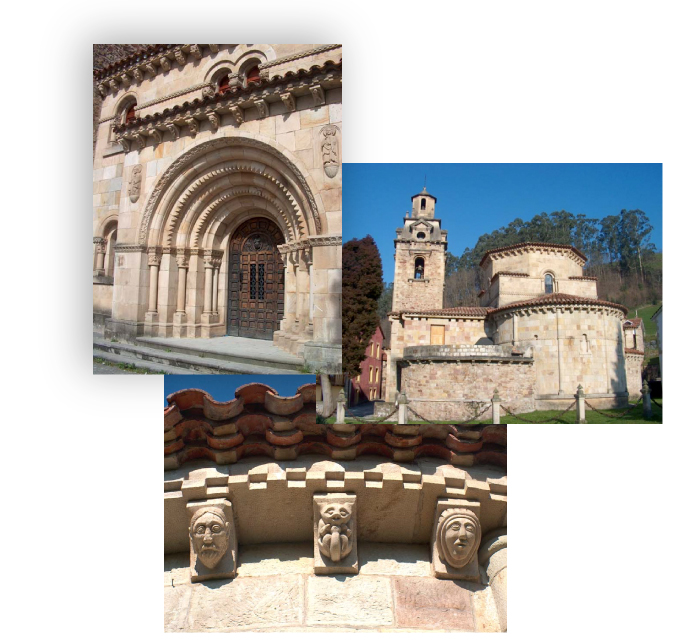