The Parochial Church of Saint Mary, in Tezanos, is a construction from the 17th century, although its beginnings date back to the Roman era. The temple has a square head and two small side naves that form the transept. It has a latin cross floorplan and a beautiful bulrush at its feet. The entrance is a rounded arch and shows Roman traditional features. Above the arch, there is a niche in which a polychromed wooden carving of the patron, Saint Mary, is kept.

The bulrush, from the mid 18th century, is formed by three bodies plus the finish of the divided pediment with central comb, garnished with pyramids. 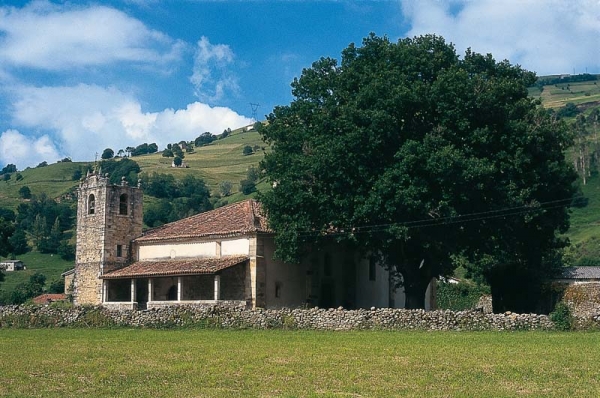 In its interior a valuable Baroque high altarpiece is kept, dating from mid 17th century. It is characterized by the usage of columns, with wavy grooves, that are double in the central row.

It is formed by three rows and one stage, plus the predella and a semicircular attic. The reliefs of the altarpiece display the birth and death of Christ. The central sector is reserved for the patron, Saint Mary, while Saint Anne presides over the nave of the Epistle, a later altarpiece.