The Palace of Soñanes is the most important Baroque representation of secular buildings in Cantabria, for which it has been declared Site of Cultural Interest in 1981. It was built in the first half of 18th century on a primitive Medieval tower of defensive character and feudal origins. Today it stands out as a true example of stately architecture in the region.

Juan Antonio Díaz de Arce y Pérez del Camino, a Knight of Santiago and General Agent of Felipe V in Roma during the War of Succession was born in this tower.

Between 1719 and 1724, when executing the project, masons reflected the region in the ornamentation, under the instructions of mason Simón de Arce Muñoz, a neighbour of Selaya. His instructions were explicit: “make it be the most beautiful that art can give”, without thinking about money, in order to build an opulent work that apparently costed around 140,000 ducats. 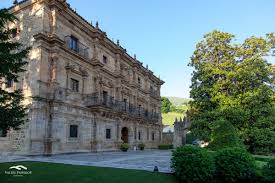