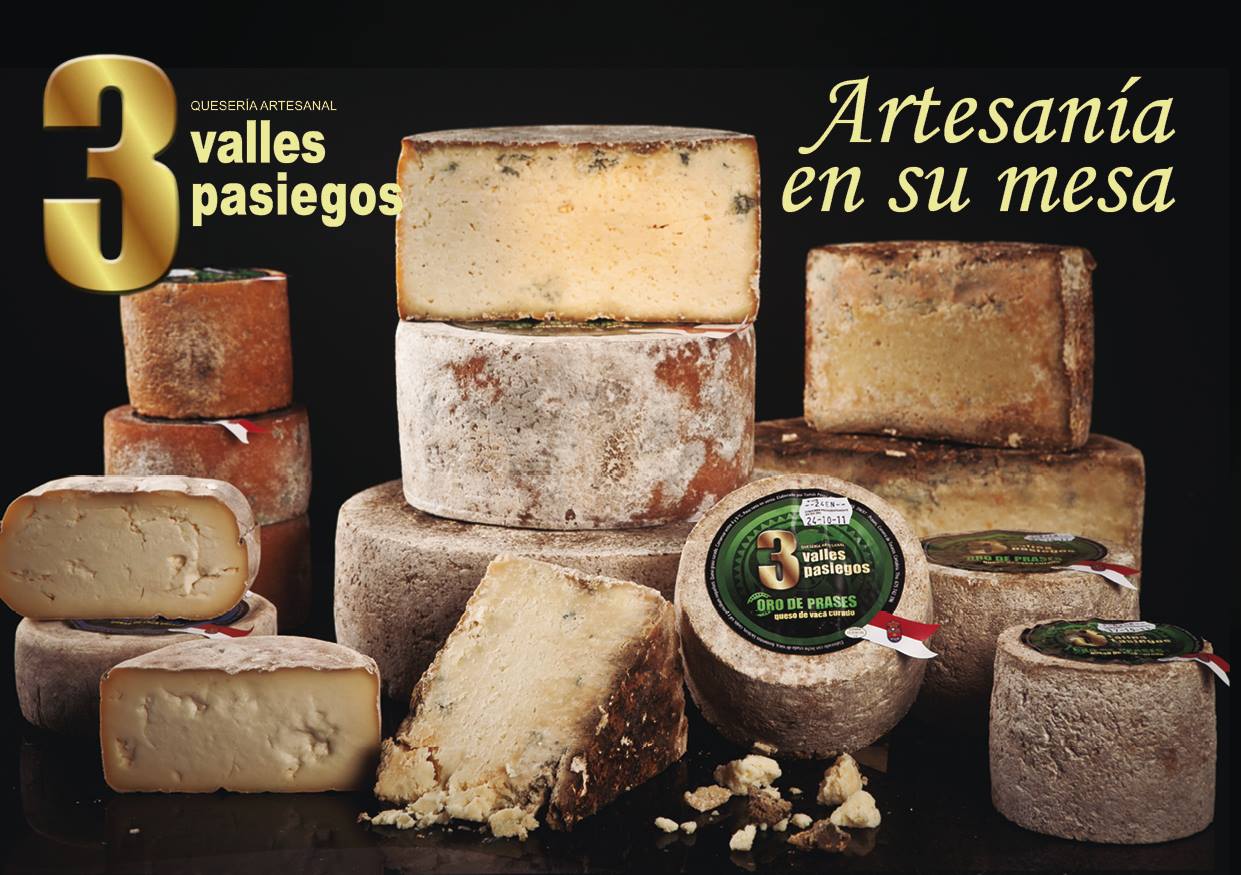 Located in Corvera de Toranzo is Quesería 3 Valles Pasiegos, a family business managed by Tomás Pérez and characterized by the production of a cheese selection not well-known and rare in Cantabria. The look and flavour are similar to those of the Asturian cheese Gamoneu.

3 Valles Pasiegos has put it’s effort into the production of artisan, traditional cheese, focusing on quality and caring for each and every piece of cheese. Every cheese and process is given their own time.

All of the cheese varieties are made with raw cows milk, worked with at a temperature of 4ºC. Once the process has started, raising the temperature of the milk, they add the dairy fermentation agents that give the flavour and texture to the cheese. The mass is hand cut, aiming for a uniform grain the size of a hazelnut. During the last steps, the craftsman hands are the only tools used.

The curd is patiently put in to each mold, for better oxygen conduction, allowing the development of Penicilium roquefortii, a fungus of these cheeses, and giving them the desired organoleptic properties appealing to all the senses , for a pronounced flavour and magnificent appearance.

They produce two types of cheese: Flor de Pas and Oro de Prases, a cheese spread and a cheese cream in a glass jar. They also have a smoker where they smoke other cheese types with oak wood. The marked cheeses stay in the caves from 100 to 150 days, being daily turned around for a uniform ripeness.